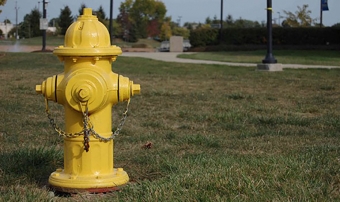 Clear and proper exits could have saved some lives, but instead 24 people in India died in a single fire incident last month. Many people perished because they couldn’t make their way out of the burning hospital they were trapped in.

As outlined by the International Medical Travel Journal and the New York Times, investigators report that officials at SUM hospital in Odisha, India were advised of fire safety hazards long before the fire broke out. In other words, they failed to comply with recommendations to improve their fire system, resulting in the blaze and subsequent deaths. It has been determined that the hospital didn’t even have a fire safety certificate.

At the time of the fire 650 patients were at SUM. Along with the 24 deaths, there were a number of injuries. Since discovering the cause of the fire, four employees including the superintendent and owner have been arrested. They are being charged with culpable homicide and negligent conduct of fire matters.

When trying to escape the flames the victims soon found that the building lacked proper exits, including external fire escape stairs. On top of that, there was not a large enough water supply at the hospital to make the fire hydrants outside effective.

When the state fire service directorate took a closer look, it was found that the hospital was never equipped to contain a fire. They didn’t even have an operational sprinkler system. The fire was allowed to spread because the hospital had not installed a fire detection system so no alarms were sounded to warn those inside.

While this sounds like an extreme case of negligence, it is something travellers have to think about and as fire officials in North American point out, it highlights the importance of having a thorough fire safety policy that includes not only operating sprinklers, but clear exit signs and escape routes.

Sadly, news reports now indicate that although there are hundreds of private hospitals in Odisha, only three are fire safety certified. The SUM hospital is operating again but the incident will affect the hopes of the area becoming one of the country’s main medical tourist destinations. Odisha Medical Services Association worker, Nirakar Bhatt says he hopes what happened will bring more awareness building safety.