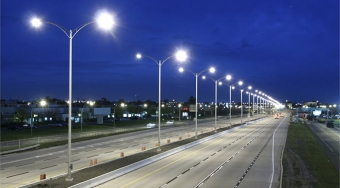 Most of us are familiar with the old proverb: “The road to hell is paved with good intentions” and when it comes to running a business sometimes our sincere intentions end in disaster. In many cases, it comes down to purpose without planning.

Careful planning no matter what the purpose or project is can mean the difference between success and disaster. Kevin Strongman, a project management specialist based in the GTA, tells Illumineris Inc. that proper planning can sound boring and tedious, but it is well worth it because, “it can garner great results and help you avoid wasting time and money”.

Here’s an example of purpose without careful planning. In 1982 a group of franchisees purchased Krispy Kreme, the donut maker that was in fact established way back in 1937. Encouraged by pastry-lovers buying up the gooey pastries, they went full-tilt, expanding not only nationally but internationally. Turns out they pushed growth and expanded too quickly. The firm went public in 2000, the price soared to almost 50 dollars per share by 2003, but by 2005 the company posted a 198 million dollar loss and ended up closing donut shops across the world. The firm remains in business, but on a much smaller scale. Some who were part of the Krispy Kreme heydays admit that “poor planning” lead to the collapse.

Strongman says one of the biggest problems is that people enter into a project without contemplating glitches or looking at a wider view into the future. There are also cases where ideas sound good, but in the long run the numbers just don’t add up. Energy critics across the country are now saying that the hydro crisis in Ontario is a perfect example of this. They contend that poor foresight into green energy planning and bungled math lead to the present day electricity nightmare.

The province of Ontario has been front and center lately as hydro prices soar. Member of Parliament for Lanark-Frontenac-Lennox and Addington, Randy Hillier decided to post country-wide hydro rates on his website to pinpoint the most expensive areas for electricity in Canada. Ontario is the most expensive, with some single parents now telling news reporters that they have to “choose between feeding their kids and paying their hydro bill”. Manitoba and Quebec have the lowest monthly hydro rates.

The poor planning in Ontario is haunting some rural areas. As CTV Barrie recently pointed out, the city of Owen Sound had a $442 power bill for 80 streetlights in a one-month period, but the actual total bill came to just over 10,000 dollars due to delivery fees and “global adjustment” added. “ In some areas of the world, like Ontario we have out of control electricity fees and then we have people like the late businessman Ray Anderson, CEO of Atlanta-based Interface who back in 2005 figured out a way to save $400 million dollars by reducing electricity consumption, reducing waste and limiting greenhouse gas emissions. There is proof that we don’t have to waste power and we don’t have to pay through the nose for it either if we take the time to plan properly,” Strongman states.