Veering Away From the Power Grid 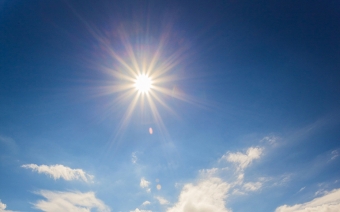 It’s a whole new world - ’a whole new world, a new fantastic point of view. No one to tell us no, or where to go, or say we’re only dreaming’. These might be the lyrics to Disney’s animated blockbuster, Aladdin, but they are ringing true when it comes to present day.

There was a time when companies wouldn’t and couldn’t even think about veering away from their local power grid. It was just too hard and expensive to find reliable power elsewhere, but times have changed and it’s a whole new world.

Lets take solar as an example. It is now more affordable so producing energy has become as simple for some businesses as drilling holes in the roof and installing panels that require little human oversight. These companies scale their system so they only have to invest in power production capacity that is enough to meet their needs. It’s true that we can’t control sunshine so businesses do have to turn to other alternative energy sources to support their efficiency efforts, but many companies are discovering that if they have the will, they can find a way.

In September, MGM International and Wynn Resorts left the Nevada grid. MGM officials told the Las Vegas Sun that they consider the break from the local power utility as a way to save money in the long run and source a bigger portion of it’s electricity from renewables. Right now MGM gets some of its energy from a rooftop solar system.

In some places, like Shelburne County Nova Scotia going completely off the electricity grid is illegal. In these cases, companies can opt for minimal local utility use. As environmental advocates contend, “every little bit” makes a difference.

Nick Rosen, the author of “Off the Grid: Inside the Movement for More Space, Less Government, and True Independence in Modern America,” says that going off the grid doesn’t mean being an “old-style hermit-like survivalist” as was the case back in the 70’s. While Rosen knows separating yourself from the grid is not an easy process, he insists, today we can live and work quite comfortably when we are not completely dependent on traditional power providers.