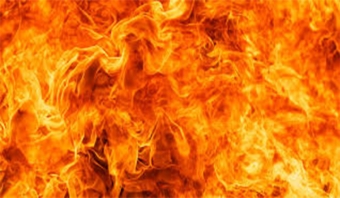 It is unfortunate, but it often takes a tragedy for people to look at their own lives and take action. For example, the Oakland warehouse fire in early December (2016) has both businesses and homeowners thinking twice about whether on not they have a safe exit strategy should fire break out. Thirty-six people died when the Oakland Ghost Ship warehouse; an artists collective, went up in flames.

The warehouse, a 10,000 square-foot building, was home to an artist and was hosting a concert with around 50 spectators at the time of the fire. The San Francisco Chronicle reports that while investigators have gone over the building in fine detail, the cause of the fire has yet to be determined. What we do know from eyewitness accounts, drawings, photographs of the building, and news reports is that the warehouse was a tangle of extension cords that powered both living and working areas; propane tanks used to heat the shower and exposed electrical wires that covered the back stairs. We also know that exiting the building was a huge obstacle for those inside that fateful night.

Since the tragic incident, some fire marshals in California have been outspoken about how the fire prevention bureau in the state is often overlooked. They say fire inspectors and code enforcers can help save lives. Today, they are doing whatever they can to enforce the importance of fire prevention.

Robert Marshall is a fire marshal in Costa Contra California, which is just outside Oakland. He recently said, “Focus on that exit sign. Walk toward it. It will lead you to the way out. If you can’t see a way out, your life is in danger.” He went on to point out that people who died in the Oakland warehouse fire couldn’t escape in under five minutes, yet they weren’t more than 50 feet from an exit.

Marshall and other fire officials have said that if a fire code had been adhered to and a proper exit strategy was in place, including clearly defined exits; fewer people would have perished in the Ghost Ship warehouse.

Fire officials are urging people everywhere to get an inspection prior to putting on an event, even if you think you are fire safe. It is better to be sure that lives aren’t being put at risk.