The Next Step in Solar – Flexible Solar Panels 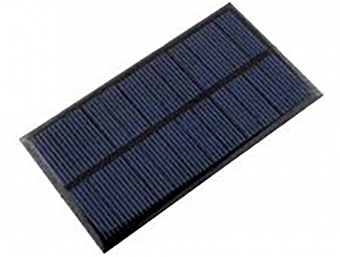 Solar energy is not a new development; in fact, it dates back to the 1800’s. During the industrial revolution solar energy plants were created to heat water that made steam to drive machinery. We’ve come a long way since then. Last year, U.S homeowners alone installed well over 60-thousand new solar systems. Companies like Target, Costco and Wal-Mart are huge proponents of solar, as are many smaller U.S and Canadian companies, but those who are reluctant about solar are worried about initial cost and the aesthetics of the panels. New research suggests the concerns may soon be mitigated.

Science Daily recently reported that a team of engineers and chemists at Virginia Tech have come up with small, flexible, inconspicuous solar panels that could become part of window shades or even wallpaper that capture light from sun, as well as other sources of light inside buildings. Yes, that’s right – recycling light energy could be as easy as recycling other household items.

Through a screen printing system using low-temperature titanium oxide paste as part of a multi-layer structure, solar modules less than half-a-millimeter thick were created. While very small, these tiles can be combined to cover a large area if need be. The individual panel is about the size of a person’s palm and provides approximately 75 milliwatts of power. Panels that are the size of a standard sheet of paper could recharge a smart phone.

The new energy storage panels will be featured in the American Chemical Society (ACS) Energy Letters, a journal that focuses on the communication of exciting research in the energy field.

While most silicon-based panels only absorb sunlight, these flexible panels can absorb diffused light as well. This means light produced by LED, incandescent and fluorescent fixtures. According to the engineers who developed the mini panels, they can be manufactured easily at a low temperature, which means equipment to make them is inexpensive. They also believe that the scalability is such that they could create sheet rolls so people could wallpaper homes in the panels to power LED lights, run their alarm system, and recharge devices. Since they can be made to design, the panels could become window shades and curtain, absorbing sunlight through windows.

Though a little more research may be required, experts are suggesting that these flexible panels could one day overtake the rigid systems currently on the market.