Global Adjustment: How To Manage It 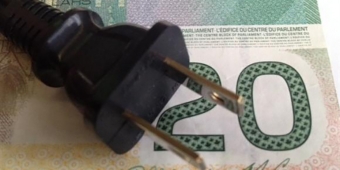 It is an unpleasant term to many business owners – “Global Adjustment”. GA is an item on your electrical bill that is calculated by the Electricity System Operator each month. Your Global Adjustment can be a credit or a charge depending on the changing market price, but for the last decade it has generally been a charge; one that some people contend, they can’t afford. What many people don’t realize though is that this crippling charge can be reduced to next to nothing.

Global Adjustment reflects the differences between the market price of electricity and the regulated or contract prices that are paid to generators for the electricity they produce. This includes everything from nuclear, gas fired, and renewable generators, such as wind farms.

Global Adjustment has received a lot of attention lately because both homeowners and business operators now understand that this item also reflects the cost of conservation programs. Many assume that conservation will kill their business, but there are intelligence systems that companies can tap into to help them determine when to cut electricity load so they can reduce their Global Adjustment charges. It’s a matter of learning how to pinpoint the highest demand events in a year. If you can shed load during these events; based on your usage during that time period, your Global Adjustment is rated for the entire next year.

This can make a huge difference for business owners when you consider that GA averages over 50 percent of your total cost of electricity.

Carmine DiRucio runs an Ontario based energy advisory service that provides customers with the intelligence they need to reduce their Global Adjustment charges. “I have had many customers come back to me a year after using our services and they have told me that the system saved jobs and saved their business. It’s a good feeling.” DiRucio said.

Recent regulations allow for large consumers to be billed based on the 5 peak demand hours in the province if they choose. As of January 1, 2017 the Ontario government changed the threshold for qualifying customers from those with an annual average demand of 3 MW to a demand of 1 MW.

Many companies are focused on production and sales, but DiRucio believes that a combination of energy auditing, peak intelligence, and investing in new technologies can keep them competitive. NRG Matters helps Ontario business owners reduce GA, but similar peak services exist in the United States.


NRG Matters reports that there are many examples where large companies have the ability to save upwards of $500,000 annually on GA.

A number of variables impact peak periods, including weather and who else is competing to curtail power load. Most operations managers don’t have time to monitor any of these variables. Peak intelligence services do it for them. Managers can have a difficult time convincing superiors to invest in a peak service, but when they see the impact on their energy bill, they usually stick with it.