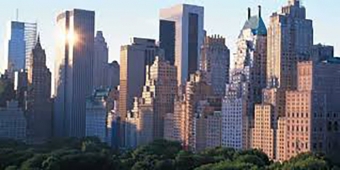 New York City is taking a strong stand on building safety, including emergency exit measures to ensure both quick response by firefighters and to prevent injury or worse - death.

The city has introduced a new requirement to install apartment and guest room identification and directional markings and signs in Group R-1 and Group R-2 buildings. Buildings must have markings in lobbies and hallways as well in the buildings. All markings must be positioned no higher than 12 inches from the floor. This will allow vision if someone is crawling on the floor during a fire. As of March 2018, all apartment buildings and hotels in the city must meet the new requirement. However if the property includes a duplex or triplex they must comply by March 2017.

The benefit of the new emergency markings is better identification for firefighters, first responders, as well as occupants during smoke conditions. This will help speed up search and rescue missions for firefighters and better protect them, as well as occupants. The markings can indicate to firefighters what floor of the building they are on, as higher levels could have higher temperatures. All identifiers must be made of either photoluminescence or retro-reflective materials. Photoluminescent technology is growing in popularity. Today many office buildings in major cities across North America use photoluminescence exit signage, as well as egress pathway markings.

An event back on August 14, 2003 led the city to take a closer look at photoluminescent technology. On that day a combination of old power lines, hot weather and old equipment led to one of the largest power outages in history. About 50 million people in both the United States and Canada were left without power. In NYC many buildings’ backup power systems failed. In some cases people had to use their cell phone to light their way down dark stairwells.

Jessup manufacturing of Illinois has seen a lot of growth in photoluminescent technology since that big power outage. Jessup manufactures photoluminescent exit signs and egress pathway markings. Jessup products comply with the new NYC standards. According to Jessup, well-marked stairwells played a big part in saving lives during the attack on the World Trade Centre towers.

A few years ago the National Research Council of Canada conducted a study on photoluminescent safety materials. They concluded that it provided a “high level of performance when installed in stairwells”. The study also pointed out that experiments with smoke showed that “photoluminescent lines ensured an uninterrupted visual enforcement”, providing for an advantage over traditional lighting that becomes obscured by smoke.

Officials in New York City took countless reports and data into consideration when making the decision to move forward with the new safety requirements that will soon come into effect.