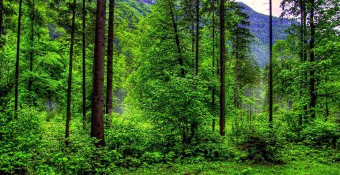 With their ears tuned in to the voices of their shareholders and customers, numerous U.S. companies are stating their intention to keep working to reduce greenhouse gas emissions. Their declaration follows U.S President, Donald Trump’s removal of environmental policies.

Under President Obama’s administration, 81 large U.S. companies, including Wal-Mart, Apple, Best Buy, and Nestle made climate change pledges. While the pledges were viewed by some non-signatory organizations as restrictive and potentially harmful to the development of the U.S. economy, the Clean Power Plan was intended to align American companies in their pursuit to tackle climate change.

Not surprisingly, many of the companies reaffirming their dedication to climate change reduction are basing their decision on a few very important components of their business. These include their reliance on a ready and accessible supply of natural materials, their desire to reduce operating costs by using more cost-effective renewable power sources, as well as their belief that customers are informed and will make purchasing decisions based on a company’s environmental practices.

Bloomberg recently reported that the following joint statement was made by Apple, Amazon.com Inc., Alphabet Inc.’s Google and Microsoft Corp: “We believe that strong clean energy and climate policies, like the Clean Power Plan, can make renewable energy supplies more robust and address the serious threat of climate change while also supporting American competitiveness, innovation, and job growth.” Wal-Mart, Best Buy, and Nestle are just a few of the other organizations also supporting this point of view.

U.S. companies of all types and sizes are choosing to implement their own emission reduction policies despite the change in government policy. Whether it is Best Buy confirming their promise to uphold their 2015 climate change pledge or Wal-Mart reducing emissions by working to employ renewable sources of energy to meet half of their energy needs by 2025, a future based on a strong and positive relationship between U.S. companies and climate change is feasible. For it stands to reason that powerful voices joined together with a common purpose and message cannot be easily ignored or silenced.