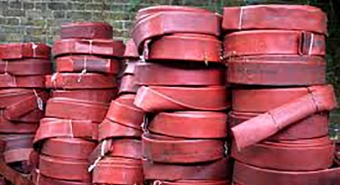 Professor Steve Evans is the Director of Research in Industrial Sustainability at the prestigious University of Cambridge in the U.K. He has spent most of his adult life researching industry and gaining a deeper understanding of how we can move towards a more sustainable future. Today, Evans insists many of our environmental problems are solvable.

Evans recently stated that “we have reached clean energy parity,” meaning that today we can say that renewable energy is not only cleaner than other forms of energy, but is cheaper.

During one of the world’s most respected cultural and literary events in the world, The Hay Festival, Evans told a massive crowd that until now most industrialized nations have focused on increasing productivity and getting more out of workers through advancement in technology and improving processes. He believes the focus now needs to be on saving energy instead. Evans would like to see factories sharing their data on energy and water usage so everyone can learn about inefficiencies. He suggests that many people do not have a good sense of how much energy their business is consuming and often presume they are not being inefficient.

According to the University of Cambridge, right now Professor Evans is working with factories, which are foraging waste from other factories and manufacturing new products. For example, bags are being made from old fire hoses and objects are being assembled with remnants of leather stitched together. Evans is also working with companies in the UK that are making customized products to order, using an ecosystem of self-employed workers and small factories in African villages. Here’s what he recently stated about the arrangement: "They look at what the materials they can gather in a day might be and what they can make out of them. Using global scientific and technological knowledge they can figure out how they can get the most value from the waste and what products are likely to be in demand.”
While environmental efforts, like the ones described above take a considerable amount of thought and coordination, Evans has insisted the results are worth it. He has also said that it is just the beginning - that in the not so distant future we could have x-ray glasses that can detect ways of conserving energy.