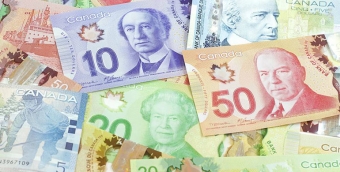 The growing concern in both the public and private sector over carbon emissions has led to an increased interest in smart meters. While most of the growth according to market analysts appears to be happening in Asia right now, where modernization initiatives seem to be in overdrive, interest among North American consumers and business operators is also expected to soar over the next 5 years.

Smart meters of course record energy consumption in intervals and communicate that data back to the utility for monitoring and billing. Now in a business setting, such as a manufacturing facility, the meters help demonstrate to operation managers just how much energy they are using and when they are using it – valuable information in a production setting.

Population growth, the introduction of electric vehicles and ongoing urbanization continues to put a sizeable strain on sources supplying power in countries like China and India. Here, smart technology is being included in infrastructure improvements in order to gain an understanding of power consumption, while also identifying ways to manage and reduce energy use, theft and waste within cities.

Building on the smart meter infrastructure established by the commercial sector, private residents are also realizing and supporting the introduction of smart technology. Already in place in some jurisdictions are time-of-use rates, which are being easily supported and enhanced by smart meter technology.

Another vital participant in the smart meter adoption process are the regulators. Actively managing smart technology adoption policies and criteria, some regulators are now offering financial incentives to some companies looking to monitor their power consumption and in the case of Sparta’s Illumineris division, energy auditing, which includes metering and other analytics tools, includes financing options.

While the adoption of smart meters is still ramping up in some areas of the world, the applicability and power of smart technology is quickly becoming apparent.