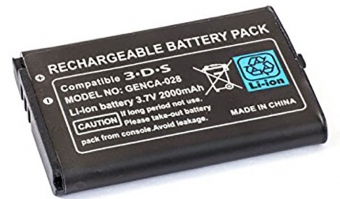 Lithium batteries power cars, phones, mobility equipment, alarm systems, watches, and the list goes on and on. Improving energy storage capacity for the batteries has always been a source of frustration for engineers. Now researchers report that they may have overcome the challenge.

Lithium batteries use a liquid as the electrolyte between two electrodes. Using a solid electrolyte could offer better storage capacity and less flammability, yet so far attempts to make this happen have failed. Researchers now say that the problem just might be misinterpretation of how the batteries fail.

The electrolyte in a battery is the material in between the positive and negative electrodes. When the battery is charged or drained, ions cross through the electrolyte from one electrode to the other electrode. One issue is that the liquids can be flammable and are prone to projections of metal that build up from electrodes. This can lead to a short circuit.

According to the authors of the study, researchers have been focusing on incorrect properties in their search for a good solid electrolyte material. While previous research has focused on the material’s firmness or squishiness to figure out if the projections of metal could penetrate into the electrolyte, this latest study seems to suggest that smoothness of the surface is what really matters. Researchers say they have discovered that microscopic scratches on the electrolytes act as a magnet for metallic deposits and force their way in. Experts contend that focusing on smoother surfaces may eliminate or at least reduce the problem of mental projections in batteries with a solid electrolyte.

While avoiding flammability is important, the new approach could make it possible to use a solid metal electrode to double a battery’s energy capacity. This of course would be great for the many portable devices we now use.

This new discovery is of great interest to small cap energy companies with an interest in green technologies and specifically lithium battery production.

Alan Lutz is a consulting professor for metal-air battery research at Stanford University. He was not involved in the research but has stated that he considers “it to be an extremely important contribution to the goal of developing practical and safe all solid-state batteries.”

While the battery has come a long way, many people around the world are working hard to make the lithium battery safer, more efficient and more applicable.