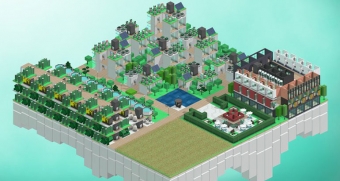 Every business sector has been touched by the environment dilemma. Companies are looking for ways to save on energy and lower their carbon footprint, but the latest industry to respond to the call for climate action may surprise some people. Video game developers have often been accused of being lax when it comes to caring about the environment. In fact, they regularly appear at the bottom of Greenpeace’s rankings for environment-friendly technology companies. Some of them receive harsh criticism for using non-renewable materials, such as certain types of plastics. Other game developers have been accused of poor energy efficiency and being evasive about how they plan to improve their carbon footprint. Some familiar names like Sony and Microsoft have recently set out in great detail green plans, but there are technology giants like Apple, Nokia and Toshiba that put many tech organizations to shame by improving the materials they use in the production process. As some environmentalists throw up their hands in frustration over an industry that appears complacent, at the software level, gaming appears to now be coming through. The telegraph in the United Kingdom recently reported that developers are now working to teach green values and sustainability to what has become their large and constantly growing audience.

There is one game developed by Plethora Project called “Block ‘hood”, which is a city building game with a strong environmental slant. The idea is that players’ work towards creating cities that thrive while balancing the surrounding ecosystems at the same time. If you create too much waste, you force the plants and animals out, cause sickness and in some cases, can damage the color of the land. You can literally see beautiful greens and blues turn to ugly greys and browns.

Block’ hood begins with an isometric view of a grey board. You have empty squares to play with and build up to 20 levels. The size is defined by you or by specific scenarios. Basically, what you have to do is start creating the simple requirements for life, such as water, air, and electricity. Does that mean a well, solar panels, and lots of trees? Once you have established the basics, it is on to building a small apartment, then a residential block, then leisure areas, then commercial areas etc., etc., Of course, along the way all of this requires negative outputs in terms of waste and power consumption. It’s a bit of a race against time because you have to put down new blocks to convert unwanted outputs into positive resources.

While this game is relatively new, there are some children’s games that have ecological messages in them. Industry reviewers say serious gamers, including adults and decision makers, will find video challenges like Block ‘hood thought-provoking. There is talk that some new games may be developed in the not-so-distant future that will allow for real-life environmental scenarios to be included in the challenge.

It is true that the gaming industry has a long way to go when it comes to environmental sustainability practices, but taking steps to educate a vast audience is a move in the right direction. After all, unlike with video games, in real life there is no such thing as a “Health Potion” to revive the planet.