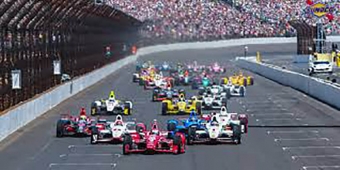 Business owners are taking a hard look at their energy costs and employing a number of different tools and techniques to lower their carbon footprint. This does not only include commercial offices or manufacturing facilities; sports venues are starting to see the benefits in becoming more energy efficient.

Solarplaza is a renewable energy-consulting firm that helps energy technology businesses become more effective. The organization recently released a report on the top solar sports venues. Yes, there are countless sports venues that now rely on solar energy to help power their facilities and lower their carbon footprint.

Many people are familiar with the Indianapolis Motor Speedway, which is home to the famous Indianapolis 500. To remain sustainable the speedway has just over 39 thousand solar panels. The solar farm is adjacent to the backstretch and is thought to be the largest solar farm at any sports venue in the world. It currently generates about 9.0 megawatts of power, thus offsetting over 10 thousand tons of carbon annually. Since it is highly visible, Speedway management hope race spectators see it as inspiration to lower their own carbon footprint.

Lincoln Financial Field is home to the National Football League’s Philadelphia Eagles and Temple University’s Temple Owls football team. It is also home to 11,000 solar panels. In fact, the arena uses 100 percent green energy and includes 14 wind turbines and an aggressive recycling program in addition to the use of solar. The venue’s solar panels are situated near the parking area and south side of the stadium. There is an impressive looking collection of panels right under the stadium name.

Outside of North American there is Brazil’s Mineirao stadium, which boasts that it is the first world cup venue in the world powered by the sun. The stadium has approximately 6,000 solar panels on its roof. FedEx Field in Maryland, Rio Tinto stadium in Utah, the motorsport track in the Netherlands called, TT circuit Assen, and the multi-purpose arena, Antalya in Turkey, all have made a significant leap with solar.

The solarplaza report states that just a decade ago, only a handful of sports venues were dedicated to large-scale solar. Studies suggest that the urge by sports venue operators to go with solar to increase sustainability and improve the economics of energy use is expected to grow even more in the coming years. It’s important to note, sports venues aren’t just using solar. Arsenal, which is the well-known football club, has gone with renewable energy, but not solar. They have an agreement with an energy provider to purchase power that is renewable. The deal means that the club can save 2.32 million kg of carbon dioxide annually.