Power Consumption in Hospitals and How to Reduce It 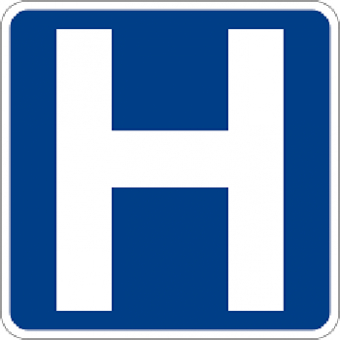 Hospitals are focused on caring for patients and saving lives so it should come as no surprise that saving energy is usually low on the list of priorities; however, more healthcare facilities are beginning to realize that in order to be sustainable, they have to start finding ways to save money.

In the coming years solar passive design, solar PV, and smart technologies are expected to take over in the hospital setting. Part of the interest in becoming more energy efficient is being driven by the fact that populations in western countries are expected to have an increasing number of older residents over the next two decades. This means more of a strain on hospital services. In other words, energy demands are expected to climb.

Lets look at the three approaches that hospitals are moving towards:

• Solar passive design – with this energy concept, windows, floors, and even walls are designed to collect, store, and distribute solar energy in the form of heat during cold times and then reject the heat in warmer times, such as summer.
• Solar PV – this system is made of semiconducting materials. When sunlight is absorbed by the materials, the energy shakes the electrons loose and allows them to flow through the material to produce electricity. Solar cells are usually combined in modules that hold a series of cells. The modules are mounted in PV arrays, often on a roof.
• Smart technologies – these include devices that sense and monitor energy, including temperature sensors, power meters, circuit breaker panels, building automation controls and real-time location system devices.

Electricity savings isn’t completely new to the hospital setting. For instance, savings has already been demonstrated by some hospitals in Canada, Australia and the United States. The Thunder Bay Regional Health Sciences Centre in Ontario uses next to no fossil fuel, largely due to a building design that curves in a way that follows the path of the sun. In an effort to reduce greenhouse gas emissions and waste, the new Royal Adelaide Hospital in Australia co-generates its own power through waste heat to create heating and cooling for the building. If need be, a remotely activated backup generator can power the whole hospital within seconds. Meanwhile, the Great River Medical Center in Iowa uses geothermal energy and has been able to reduce electricity costs by close to 40 percent compared to similar health facilities.