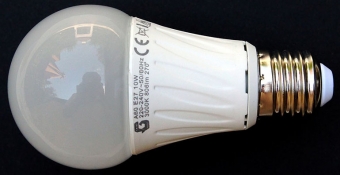 There is a global thirst to use wireless communications but some people have questioned what role LED’s can play in that demand.

A lot of people know that LED’s can help in the transmission of data to and from mobile, tablets, sensors, and other electronic devices but there has always been some question about the ability to do so without impacting LED’s core capabilities. Now a study funded by the Engineering and Physical Sciences Research Council (EPSRC) suggests that LED’s can in fact meet the demand.

A team of experts from the University of Edinburgh looked at two different transmission techniques, one referred to as on-off keying and the other, continuous signalling. With on-off keying the LED works like Morse code and with continuous signalling, imperceptible changes in light intensity are used. As reported in Science Daily, neither technique reduced the brightness of the light bulbs and neither reduced life expectancy of the LED’s. Furthermore, in both cases, there weren’t any significant changes in the color of the light. Now here is a key finding: both approaches produced just a small change in heat generation by the lights, which is an important factor since temperature increase would mean the LED is using more electricity to produce the light. In other words, the Edinburgh team demonstrated that it is energy-efficient and carbon-friendly.

One of the team members has been quoted as saying, “There is no dark side to using LED lights to supplement Wi-Fi.” Preserving quality of lighting is important as it can have a big impact on physical and mental wellbeing of people in the workplace, as well as at home.