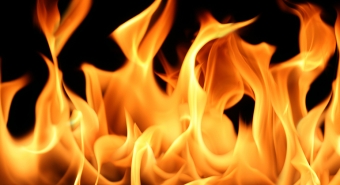 Another tragic fire, this time in Mumbai India, further highlights how vital proper safety measures, including clear exits are in all commercial and industrial buildings.

On December 28th, fire broke out at Kamala Mills compound, a Mumbai nightlife hub, which includes restaurants, pubs, lounges and even some news channels. A total of 14 people were killed, many others were injured.

Reports immediately suggested that the compound lacked safety equipment and that safety exits were blocked. News reporters in India indicate that a rooftop pub, which sustained massive damage, may have had a false ceiling constructed with flammable material. While the exact cause of the deadly blaze was still under review at the time this blog was published, investigators say that the fire spread very quickly making clear passage to safe exits crucial.

Sadly, four days after the Kamala Mills fire, another four people in India perished in an apartment fire. This fire was confined to a single flat, but for some reason the occupants, who were all from the same family, could not escape safely. Indian Express reports that authorities suspect the source of the fire was the air conditioning system.

Fire safety experts insist that proper egress markings and exit signage are relatively inexpensive safety measures and seconds count in a fire. These tools can make the difference between life and death. Properly defined exits are not just for building occupants, emergency responders also use exits signs as a way to rescue people.

Those who work in the building safety sector often complain that they see workplace doors marked with an emergency “Exit” sign along with a notice not to open the door or an alarm will sound. More often than not, employees forget these exits. There are also cases where boxes, garbage bins, and even workstations obstruct exit paths, which can slow down the progression to safety. Clear hallways and stairwells aren’t thought about until an emergency occurs.

Here’s what facility managers should be doing:

According to Hindustantimes, authorities in India have charged three owners of a restaurant in the Kamala Mills compound for not following safety “norms”. The charges include, causing death due to negligence.